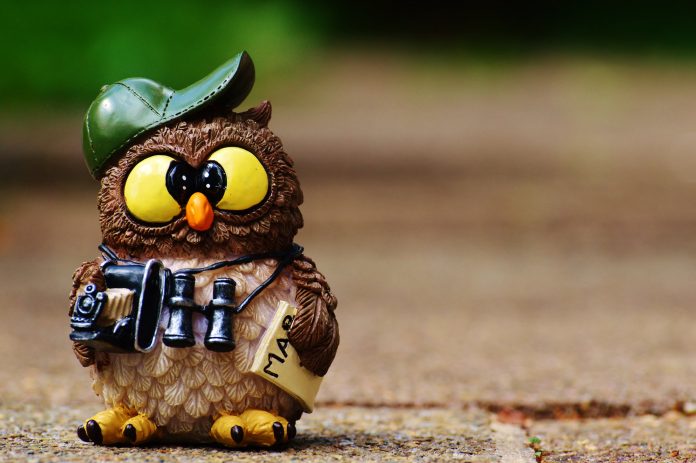 City City Guide
#Zagreb Visit Zagreb Zagreb is the largest city in Croatia and is unique because it is broken up into 17 distinct city sections. It is the...

Sights in the city

Formerly known as St. Stephen’s Cathedral, The Cathedral of the Assumption of the Blessed Virgin Mary is dedicated to the Assumption of the Virgin Mary into Heaven and to Saints Stephen and Ladislaus. The typically Gothic cathedral is known as Katedrala Marijina Uznesenja in Croatian but English speaking tourists often refer to it as the Zagreb Cathedral. Its twin spires, which can be seen from many parts of the city, make it the most visited attraction in Zagreb. The location has always been occupied by a Cathedral from ancient times. When you visit the Cathedral you will get to see various objects related to religious art and clothing.

The Tower of Lotrscak (Kula Lotrscak) is a fortification tower that was built in the 13th century to protect Gradec’s southern town wall. Once upon a time, the tower included bells that rung at night when all gates were supposed to be closed. Once the gates were closed, people who were left outside would have to remain there until the next day. In the 19th century, additions were made to the tower in the form of a fourth floor and a canon, which is even today fired every noon to mark midday.

Just below the Lotrscak Tower is the uspinjaca, a funicular railway that was constructed in 1888. It is, in fact, the oldest public transport system in Zagreb, a year older than the horse-drawn tram. On a track of just 66 metres in length, it is also the shortest funicular railway in the world.

Bana Jelacic Square, officially known as the Trg Bana Jelacicam, is the central square of the city and named after Ban Josip Jelacic. People simply call it Jelacic Square. It is located in Zagreb’s upper town area, south of Dolac market. The square marks the intersection of many streets such as Illica from the west, Radiceva from the northwest and small streets of Splavnica, Harmica, Bakaceva, Jurišiceva, and Gajeva. The square is marked as a pedestrian zone and therefore no vehicles are allowed inside the area. But it is accessible by tram.

The King Tomislav Square is dedicated to the memory of the first King of Croatia, Tomislav. This prominent square is situated near the Art Pavilion and has an impressive statue of King Tomislav himself. The square is decorated with trees, flower-beds, and benches, and is one of the best places in the city to sit back and observe the activity going around.

One of the only surviving origial town gates from the 13th century. This gate, and its painting of the Virgin Mary, miraculously escaped the great fire of 1731 and for this reason is a place of pilgrimage, as you will see by the number of lit candles left here.

If you like street art then check out the 450-metre-long Graffiti Wall in Branimirova Street, the artwork is constantly changing so no two visits are ever the same.

St. Mark’s Church is easily recognizable by the chequered design on its roof depicting the coat of arms of Croatia, Dalmatia, Savonia, and Zagreb city. The church was built as early as the 13th century and since then, many renovations have completely altered the structure. But some remains of a Romanesque window, and a Gothic doorway by Ivan Parler from its original design can still be seen. When you enter the doorway, you can get to view the artistic statues of the twelve apostles, including those of infant Jesus, Mary, and St. Mark. The interior of the church is beautifully decorated with sculptures by famous Croatian sculptor Ivan Mestrovic and frescoes painted by Jozo Kljakovic.

Located a little away from Zagreb city centre, but easily accessible by public transport, is the beautiful and ‘heavenly’ Mirogoj Cemetery. Designed by Hermann Bollé in 1876 at the base of Mount Medvednica, the cemetery is counted among the top 10 cemeteries of Europe. The cemetery tour isn’t spooky, but instead reminds us of a Neo-Renaissance castle with its vine-covered walls, arcades & chapels; ornate structures and greenery spread around 7 acres of its space. Many of Croatia’s distinguished families and famous people are buried here like Petar Preradovic and Stjepan Radic.

Technical Museum was founded in 1954 and it maintains the oldest preserved machine in the area, dating from 1830, which is still operational. The museum exhibits numerous historic aircraft, cars, machinery and equipment. There are some distinct sections in the museum: the Planetarium, the Apisarium, the Mine (model of mines for coal, iron and non-ferrous metals, about 300 m long), and the Nikola Tesla study.

Museum of the City of Zagreb was established in 1907 by the Association of the Braća Hrvatskog Zmaja. It is located in a restored monumental complex (Popov toranj, the Observatory, Zakmardi Granary) of the former Convent of the Poor Clares, of 1650. The Museum deals with topics from the cultural, artistic, economic and political history of the city spanning from Roman finds to the modern period. The holdings comprise over 80,000 items arranged systematically into collections of artistic and mundane objects characteristic of the city and its history.

Arts and Crafts Museum was founded in 1880 with the intention of preserving the works of art and craft against the new predominance of industrial products. With its 160,000 exhibits, the Arts and Crafts Museum is a national-level museum for artistic production and the history of material culture in Croatia.

Ethnographic Museum was founded in 1919. It lies in the fine Secession building of the one-time Trades Hall of 1903. The ample holdings of about 80,000 items cover the ethnographic heritage of Croatia, classified in the three cultural zones: the Pannonian, Dinaric and Adriatic.

Was founded with a donation from Ante “Mimara” Topić and opened to the public in 1987. It is located in a late 19th-century neo-Renaissance palace. The holdings comprise 3,750 works of art of various techniques and materials, and different cultures and civilisations.

Is one of the first museums of naïve art in the world. The museum holds works of Croatian naïve expression of the 20th century. It is located in the 18th-century Raffay Palace in the Gornji Grad. The museum holdings consist of almost 2000 works of art – paintings, sculptures, drawings and prints, mainly by Croatians but also by other well-known world artists. From time to time, the museum organises topics and retrospective exhibitions by naïve artists, expert meetings and educational workshops and playrooms.

Among the quirkier sights in Zagreb is the Museum of Broken Relationships, which does exactly what it says on the tin. It displays objects left behind by former lovers with brief descriptions to accompany them and won an award for being Europe’s most innovative in 2011.

The Archaeological Museum collections, today consisting of nearly 450,000 varied archaeological artefacts and monuments, have been gathered over the years from many different sources. These holdings include evidence of Croatian presence in the area. The most famous are the Egyptian collection, the Zagreb mummy and bandages with the oldest Etruscan inscription in the world, as well as the numismatic collection.

Modern Gallery holds the most important and comprehensive collection of paintings, sculptures and drawings by 19th- and 20th-century Croatian artists. The collection numbers more than 10,000 works of art, housed since 1934 in the historic Vranyczany Palace in the centre of Zageb, overlooking the Zrinjevac Park.

Holds one of the world’s most important collection of Neanderthal remains found at one site. These are the remains, stone weapons and tools of prehistoric Krapina man. The holdings of the Croatian Natural History Museum comprise more than 250,000 specimens distributed among various collections.

Good to know Travel restrictions
#Coronavirus Croatia Coronavirus status - Croatia How is the coronavirus situation in Croatia ? See the statistics for the country in confirmed and present active Covid-19...

Medical Travel Dental Travel Guide
Dental treatment in Zagreb Dental travel is about letting the savings on your dental treatment pay for your holiday in the city. If you choose to...