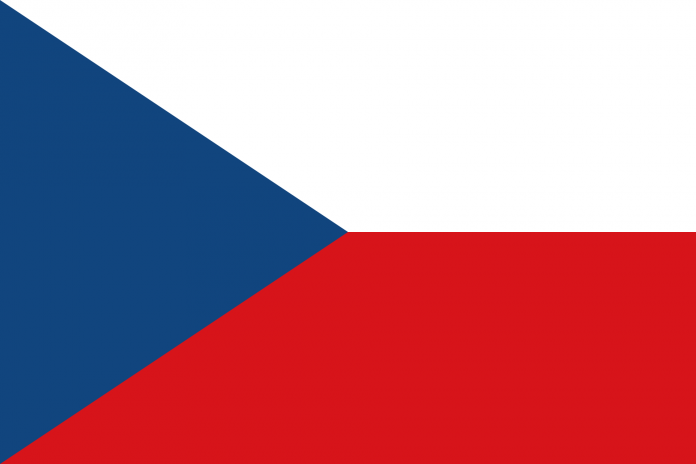 It wasn’t that long ago that there were two reasons to go to Prague: to drink cheap beer and to get a glimpse of what life was like behind the Iron Curtain. That was nearly three decades ago and times have really changed for this capital city of the Czech Republic. With over 4 million visitors per year, it is one of the most visited cities in all of Europe!

The reason why Prague is such a popular destination is because it can easily meet the needs of every visitor. It has:

Many cities have these components as well, but what sets Prague apart is its interesting history. First it was because of its emergence from Communist control. Now it is because the Czech Republic, who joined the European Union in 2004, has yet to actually adopt the Euro as currency. That means for today’s visitor, a little money still has the chance to go a long ways.

Prague Is Extremely Easy To Explore

The city is divided into 10 distinct neighborhoods. Each of these neighborhoods has its own distinct charm, personality, and character that can be seen in everything from your shopping experiences to architectural components of its buildings. Many people prefer to visit the Old Town neighborhood first, which is where Prague Castle is located. Here you really get a glimpse of what Prague was like throughout history.

Don’t fall into the trap of just staying in Old Town for your visit to this city, however, because the other neighborhoods are just as fascinating! The Vinohrady neighborhood is a great place to stay if you’re in Prague on a budget. It features unique bars, pubs, and restaurants that are all geared toward the working-class visitor, but will make anyone feel at home. Or there’s Zizkov, which is home to many of Prague’s students and artists.

New Town is often a popular destination as well. One of its main sights is Wenceslas Square, which to be fair looks more like a boulevard than it does a typical city square. It has seen a lot of historical events, from the Nazi demonstrations held on the Square in World War II to mass demonstrations against Communism when the Soviet Union invaded in the late 1960’s. While in New Town, be sure to reserve some time to tour the Czech National Museum, which you’ll see from Wenceslas Square.

While In Prague, Drink Some Beer

To say that Prague is the home of beer is probably an understatement. Beer has been brewed in this region since at least the 12th century and it has long held the #1 spot for per capita beer consumption in the world. What makes the beer so popular in this region is because of two contributing factors: the perfect climate for high quality hops and water that comes from a pure source. The results are nothing short of fantastic!

You can easily enjoy light and dark beers at virtually any establishment, but if you really want to get a taste of the beer culture in Prague you’ve got to visit at least one of its many microbreweries. Not only do they offer the traditional fare that you can get anywhere, but you’ll also get the chance to taste unique craft creations like coffee beer or banana beer that is still brewed in the traditional Czech way. Pivovarksy Dum is the one microbrewery to visit if you can only make time to see one.

Not a beer person? Or maybe you’re afraid that you’ll get your fill of beer during your visit to Prague? You’re covered as well because the Bohemian region is famous for its wine production. You can visit a wine bar in the city, but the real adventure lies about an hour outside of the city where you can visit the vineyards and take a wine tasting tour.

Tired of both beer and wine? You can also get some absinthe into your system if you wish while in Prague.

Cultural Cuisine Is Heavy, But Satisfying!

For those who love food, the cuisine in Prague might seem a bit rugged by world standards. You’ll find that the local diet is comprised of mostly heavy meat and carb dishes, very reminiscent of what a home-cooked meal would be like while growing up at home. Think about having pork knuckles in a dark beer sauce, or a sausage platter with fried cheese and some bread, or even just goulash and dumplings. Slow roasted, cooked with love, and brimming with flavor, this dishes will definitely give you flashbacks of home!

If you are visiting a restaurant while in Prague, pay attention to the menu that you receive. Most menus are in both Czech and English only. If you happen to get a menu that has more languages on it, then you’re in a restaurant that specifically caters to the local tourist trade and you’ll likely be paying up to 100% more on your meal than need be. Interestingly enough, most of the locals tend to visit the extensive list of restaurants that offer worldwide fare. If you want to save money, you might be better off getting some good Chinese food one night than goulash and dumplings.

Keep in mind, however, that outside of the typical areas of Prague where tourists congregate that less of your particular language will be spoken. Knowing a little Czech will help you be able to better navigate about the various neighborhoods that you’re going to want to visit.

Are You Ready To Go To Prague?

With Gothic spires, beautiful bridges, and incredibly moving monuments to explore, Prague is a city that can always offer you more. Best of all, it won’t break anyone’s budget during a visit, which means an extended stay in this welcoming city is a very real possibility! Whether you enjoy a good museum, a good beer, or both, you’ll be able to find the right mixture of fun and exploration to make your trip to Prague very memorable.

Built in the 14th century, it was believed at the time, that odd numbers were lucky. The builders started work at 5:31 on the day 9/7/1352 very odd, but maybe effective, as the bridge is still standing today!

When building work finished in 1756 Prague had one of the finest Baroque churches in Europe and it still retains that position today. There is a huge painting of St. Nicholas in the nave and a wonderful bell tower. Mozart gave a recital here and there are still frequent classical concerts throughout the week

Now the home of the president, it was previously the seat of the Czech royal family. It is surrounded by palaces and features an army museum. The changing of the guard takes place every hour and, as with some other European Capitals it is quite a spectacle. Bring a camera.

Built before the 12th century this is the oldest and most historic square in Prague. It is made up of many interesting buildings including many from the baroque period. Many of the buildings are brightly colored and there are many pavement cafes, where you can relax and watch the world go by.

Although unimaginatively (though accurately) titled, this is a fascinating collection of all things technical. With everything, from a railway carriage belonging to the Archduke Ferdinand, (whose assassination sparked the outbreak of the first world war), to a working reconstruction of a working coal mine.

Over a thousand years old and a former home of the Czech nobility, this castle has an impressive pedigree. Take a stroll on top of the ramparts for a great view of the city and river. There is a wonderful gothic church, a museum and a cemetery, where the composer Dvorzac the Author of the “New World Symphony” is buried.

One of the hidden gems of Prague There is a rose garden, a maze and a gate to a well cultivated garden, but the real sight is from the tip of the hill. Take the short cable car ride to the top and there is the Petrin tower, basically a smaller copy of the Eiffel Tower. It is an outstanding viewpoint and well worth the effort.

Read about and get inspiration for a trip to the city, check for the cheapest flights and hotels in Prague and Czech Republic.

Video City Guide
#Prague Prague Citytour Video City Tour in Prague With Guide Why You Should Visit Prague ! Prague is a beautiful city with a unique personality that can entertain...