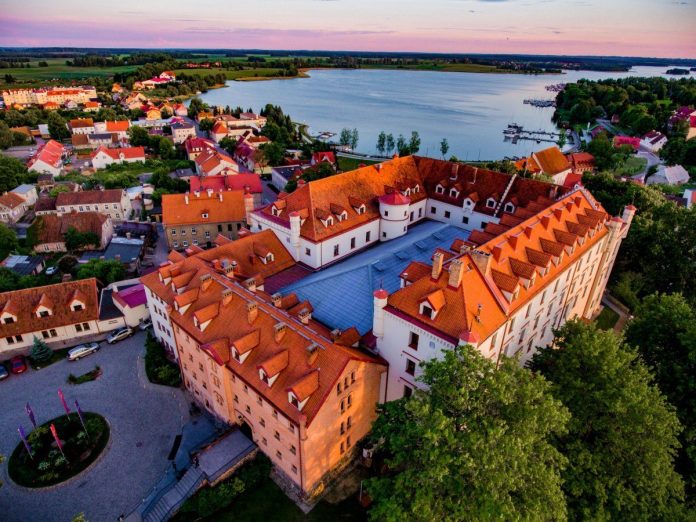 Ryn Castle was originally built in the 14th century as a Crusader fortress commissioned by Grand Master Winrich von Kniprode. The fortress was to become a monastery and headquarters for attacks on the Grand Duchy of Lithuania.

At the beginning of the 19th century the castle was privately owned but was bought back by the Prussian authorities to use the buildings as a prison.

In 1990 the authorities sold the property and now a good 4 star hotel has been built with all modern facilities including a fantastic pool set under and between medieval columns.

If you want other experiences in your vacation, the castle is not far away, for example Gizycko, Mikolajki and Mragowo, all of which are popular resorts in Mazury.

City City Guide
#Mikolajki Visit Mikolajki Mikolajki (German: Nikolaiken) is a small town with approx. 4000 inhabitants, the city is very popular with tourists who will enjoy the charming...

City City Guide
#Mragowo Visit Mragowo Mragowo (German: Sensburg) with about 22,000 inhabitants is picturesquely located in the area of Lake Mragowo and belongs to one of the most...

City City Guide
#Gizycko Visit Gizycko Gizycko (German: Lötzen) has today approx. 30,000 inhabitants, the city is one of the most important centers for water sports. From Ketrzyn there...