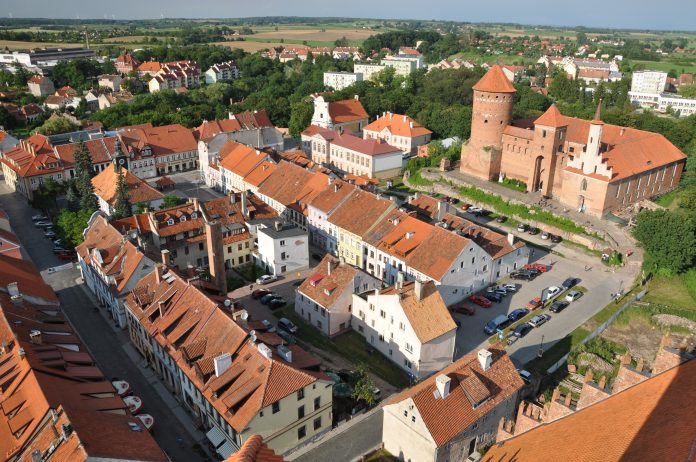 Reszel Castle (German: Burg Rößel) is a well-preserved castle on the Sajna River in the south-eastern part of the town of Reszel.

In addition to the museum, there is a hotel and a restaurant in the castle. Note that the rooms in the palace are very heterogeneous, for historical reasons of course. But staying here is a good and exciting experience.

If you want to have other experiences in your holiday, the castle is not far away, for example Ketrzyn, the beautiful monastery in Swieta Lipka and Adolf Hitler’s old headquarters in Gierloz.

City City Guide
#Mragowo Visit Mragowo Mragowo (German: Sensburg) with about 22,000 inhabitants is picturesquely located in the area of Lake Mragowo and belongs to one of the most...

City City Guide
#Gierloz Visit Gierloz Beautiful Gierloz is located in Northern Poland, just east of Ketrzyn and a short drive from Olsztyn. Before 1945, this community was part...