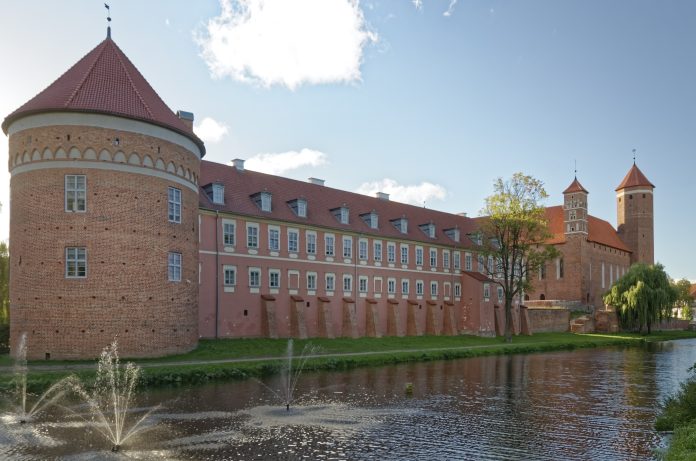 The outer parts of the Bishop’s Palace in Lidzbark Warmiński were converted into a four-star hotel, the Krasicki Hotel, preserving the historical buildings and the 18th-century bell tower. The hotel is thus a combination of history and modernity.

The hotel is a complex with 7 conference rooms, a SPA, a wellness center, a large pool, a restaurant, a wine cellar and underground rooms. During the reconstruction, care was taken to preserve the historical appearance, including the use of historical materials and furniture from the 18th century for the reconstruction of the bell tower.

The rooms and suites at the Krasicki Hotel are furnished according to the historical architecture of the building and are beautifully decorated. An interesting part of the hotel is the library with a reading room and a café, as well as the astronomical observatory on the bell tower, where astronomical sessions are held with an astronomer.

If you want other experiences in your vacation, the castle is not far away, for example Bartoszyce, Reszel and Olsztyn.

City City Guide
#Bartoszyce Visit Bartoszyce Bartoszyce (German: Bartenstein) is a city of about 25,000 inhabitants located on the river Lyna in a region known for its many lake...

City City Guide
#Olsztyn Visit Olsztyn Olsztyn is one of those cities that always seems to remind you of home. As you walk down its streets, you feel like...