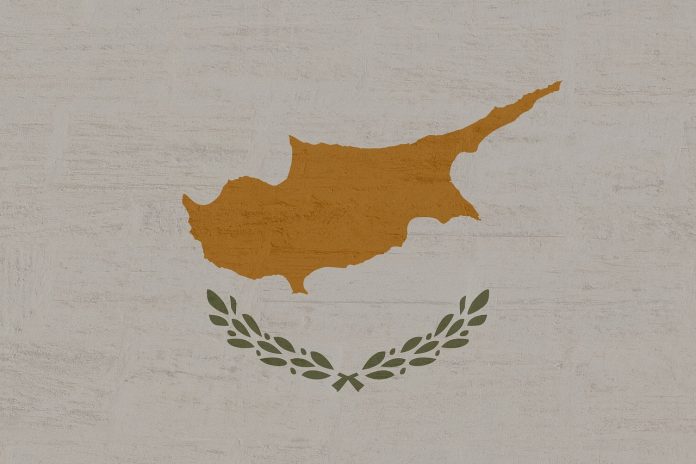 Cyprus has been a solid holiday destination plan for nearly 2,000 years. Part of the reason why it is such a popular destination goes beyond the nearly guaranteed sunshine and extravagant beaches that are offered. Visitors to Cyprus are also going to have a level of hospitality that goes beyond what most destinations offer. You’ll find friendliness on this island like never before. You’ll also find there’s much more to Cyprus than you might expect.

Nightlife For All Tastes

Cyprus allows you to see castles, crystal clear blue waters, and incredible scenery during the day. It also offers numerous opportunities to enjoy what the night has to offer as well. Pubs, bars, nightclubs, or even fine dining opportunities all provide visitors with something that meets their needs effectively. Add in the hospitality and you’re guaranteed to have a good time.

The history of Cyprus dates back beyond the Roman Empire. It is even mentioned in Christian literature 8 separate times. Just about everywhere you look there are ruins to see, museums to explore, and other places of ethnographic interest that will let you see artifacts that date back to the earliest times of what we would consider to be modern humanity.

There are 4 championship caliber golf courses on Cyprus to enjoy. Considering its ease of access, you can fly right in and take on 18 holes your first day there if you wish. You can also bring your walking tools to explore 10 UNESCO World Heritage Sites if you prefer.

Cyprus offers visitors a tempting holiday opportunity all year long. If you’re ready to let the world pass you by for a few hours, a few days, or even longer, then this island may be the best place to let that happen. Walking, wine tours, and plenty of beach time combine with your favorite activities to create one very special experience.

Travel and vacation in Cyprus

City City Guide
#Aglandjia Visit Aglandjia Located centrally on Cyprus, Aglandjia sites near the border buffer zone on the island. About half of the agricultural land has been occupied...

City City Guide
#Argaka Visit Argaka Located in the Paphos District, Argaka was built in a region where rivers flowed to the sea. The sandstone foundations helped families to...

City City Guide
#Ayia Napa Visit Ayia Napa The sunshine of Cyprus comes alive in the resort community of Ayia Napa. Located on the eastern end of the island,...

City City Guide
#Coral Bay Visit Coral Bay Located near the city of Paphos, Coral Bay is a popular beach resort destination on the island of Cyprus. With golden...

City City Guide
#Dhrousha Visit Dhrousha Droushia is a small Cyprian village that is located about 10km south of Polis. It is a quiet region of the island, with...

City City Guide
#Famagusta Visit Famagusta With the deepest harbor on the island of Cyprus, Famagusta is a city that offers visitors access to its ancient roots and Medieval...
Load more

Below you can see our recommendations for a holiday in Cyprus

Perfect for those looking to combine beach holidays with a lively historic town and plenty of Cypriot life. Larnaca is a relaxed easy-going town considerably smaller than Limassol and Nicosia. The bustling, friendly town has a charming promenade with impressive palm trees – a pleasant spot to enjoy a numerous variety of cafes, bars, restaurants and eateries catering for every taste.

Aside from the beaches, this friendly town is rich in history with interesting older quarters. Whilst here why not visit the museums including the 17th century fort, with its remains of the ancient city of Kition, the 9th century church of St Lazarus and the holy shrine of Hala Sultan, the holiest Moslem shrine after Mecca and Medina.

This lively town is a great base from which to explore central and eastern Cyprus, and a trip would not be complete without a visit to one of the more traditional Cypriot villages like Lefkara, which is famous for its lace, or Kiti with its superb Byzantine church, and the fabulous Stavrovouni monastery.

Thanks to its wealth of historical and cultural attractions, Paphos is an excellent choice if you want to do plenty of sightseeing. The whole city is a UNESCO World Heritage Site and it’s close to some of the island’s most famous archaeological attractions.

Ayia Napa and Nissi Bay are great holiday hotspots. By day, most holiday-makers head off for Nissi beach, a fabled stretch of silvery sand. Scattered around there are other beaches too, all offering terrific watersports. Ayia Napa is nearby and the fountain in the town square is a lively meeting place, as is the main waterfront, with its restaurants, bars and clubs, responsible for the resort’s legendary night-life. When you need to re-charge your batteries, creep away to the one of the pretty little coves along the coast.

The resort itself spreads over 16 kms of coastline, most of it fringed by stunning bays and little idyllic coves. Watersports and scuba-diving are permanent fixtures, although generally the air is one of unbroken relaxation and tranquillity. You’ll find shops, restaurants and tavernas aplenty. A number of pubs, lively bars and two discos are the source of some friendly night-life. The friendly, family atmosphere strikes an appealing balance between relaxation and buzz making Protaras an appealing holiday hotspot.

Cyprus is an island in the eastern Mediterranean Sea, 113 km south of Turkey and 120 km west of the Syrian coast. The metal “copper” in English stems from the Latin work Cyprus. Large deposits of copper are found on the island. Geographically, Cyprus is in Western Asia.
Historically, Cyprus has been a bridgehead between Europe and Asia. It has interchanging periods of Levantine, Anatolian and Greek influences.

Where else does 24-hour partying sit alongside ancient archaeological sites? Where else can you find inaccessible mountains and wide sandy beaches, full-on resorts and tiny traditional villages?

For some, Cyprus is a haven of sun, sand and social life, where a week of partying is the objective and it’s one that’s easily fulfilled. For the more adventurous tourist, Cyprus is a real island of contrasts and the fascination is in comparing its many faces.

Forty percent of the island of Cyprus is occupied by Turkey, and has been for over 30 years. This part of the island is largely barren and suffers from very poor economic growth. The remaining sixty percent is unoccupied and welcomes tourists with open arms, resulting in a very healthy economy, that’s sustained year-round by visitors from abroad. Most of these visitors remain largely unaware of the occupation, despite the fact that one of the island’s best-known party resorts – Aiya Napa is less than 10 miles from the UN Buffer Zone.

Cyprus benefits from warm coastal weather all year round, but its central region is rugged and mountainous; with the Troodor mountain range providing excellent skiing during the winter, whilst off-peak tourists are sunning themselves on the beaches. A well-planned winter holiday can see you snowboarding one day and windsurfing the next – the perfect way to make the most of the contrasts in landscape.

If you’re willing to take a drive, you can also experience traditional Cypriot life by visiting some of the more remote, rural villages. Here, people rarely move far outside the immediate vicinity and concentrate on traditional crafts and cuisine. Take a car, a map and a basic language guide and experience the “real” Cyprus that the main resorts just can’t give you. On your way back, visit some of the most impressive archaeological sites in Europe – from Greco-Roman through Byzantine and Medieval, Cyprus is steeped in history – and you can relax on the beach later, safe in the knowledge that you have explored some of the contracts that Cyprus can offer.

Understand Cyprus and the culture

It was in only in 1960 that Cyprus gained independence from the United Kingdom. Still, U.K., Greece and Turkey retained limited rights to intervene in Cyprus’ internal affairs.

Since 1974, the Republic of Cyprus controls the southern two-thirds of the island and the Turkish-Cypriot controls the northern one-third. In reality the governments’ power extends only to the Greek Cypriot controlled areas though it is an internationally recognized authority.
Even economically, the island is divided into Cyprus government areas and northern Turkish Cypriot administered areas. The Greek Cypriot economy is prosperous, but is highly susceptible to external shocks. There were erratic growth rates in 1990s which reflect the economy’s vulnerability to swings in tourism, caused by political instability and economic conditions in Western Europe.

The Turkish Cypriot economy faces problems like arranging foreign financing because it is only recognized by Turkey. Foreign firms are also hesitant to invest there. It has one-fifth of the population and one-third of per capita GDP of the south. The economy remains heavily dependent on agriculture and government services, which together employs half of the work force. To compensate for the economy’s weakness, Turkey provides direct and indirect aid to tourism, education, industry etc.

The Cypriots are among the most prosperous people in the Mediterranean region. The island promotes its image as a “bridge” between East and West, its educated English-speaking population, moderate local costs, good airline connections and telecommunications.
Greek is predominantly spoken in the south and Turkish in the north. Historically, Greek (its Cypriot dialect) was spoken by nearly 82% of the population of Cyprus. Along with Greek and Turkish, English is also widely used in Cyprus.

Music in Cyprus has a variety of classical, folk and popular genres. Folk music in Cyprus is similar to the folk music of Greece and includes dances like sousta, syrtos, zeimbekikos, dachas, and the kartsilamdhes.

As Cyprus was an important outpost of Christianity and European civilization during the Crusades, a variety of styles, including music from Armenia, France, Greece and Arabs, got merged with the island’s own culture. Cyprus has retained its grandeur through the years of turmoil and remains a great tourist destination in spite of political upheavals. It is a unique place to visit with a distinct history and culture.