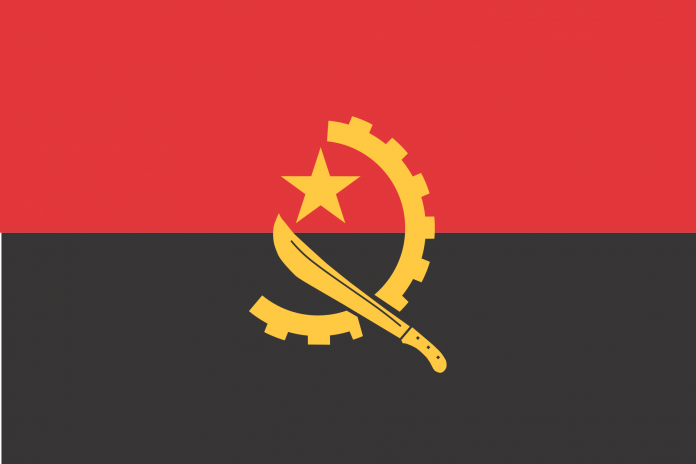 Located in Central Africa, the Republic of Angola sits along the Atlantic Coast and has numerous Portuguese influences throughout its culture. Each ethnic community within the nation follows its own traits and traditions, but a combined heritage from the colonial period has gained in dominance as well.

Visiting Angola often means reserving time to explore Luanda. This island features tropical beaches that are clean and well-kept. Marine sports are available and you won’t want to miss the Benfica Market. Beautiful desert beaches can be found in Baia Azul. Namibe features eco-tourism opportunities with the Mucubais people, as well as a chane to explore the Arco Lagoon. Many of the cities offer guided tours to see the primary sites while providing glimpses and interactions with local ethnic influences.

If you have the time, be sure to make your way to Kalandula Falls. Located in Malanje, on the Lucala River, the falls are over 100m in height and they are 400m across. By volume, it is one of the largest waterfalls on the African continent. Even if the visit occurs during the dry season, when the falls are mostly inactive, the trek is worth the effort.

There can be certain challenges to a stay in Angola with its history of conflict. Designated HALO zones, for example, denote mine fields, so watch for red stones or similar markers while you travel. Having a qualified guide can be very helpful and make your stay much more enjoyable. That way you can enjoy all of the natural wonders Angola and coastal Africa can offer.

Travel and vacation in Angola

City City Guide
#Luanda Visit Luanda With a beautiful coastal location in Angola, Luanda is an overlooked jewel in Africa. It is the largest capital in the world where...

Good to know Travel restrictions
#Coronavirus Angola Coronavirus status - Angola How is the coronavirus situation in Angola ? See the statistics for the country in confirmed and present active Covid-19...

Angola’s climate is semiarid along the coastal regions and in the south, with temperatures averaging highs of around 27C throughout the year. Northern parts are cooler. There are two seasons: wet and dry, with most rain falling from November to around April.

Among the most spectacular sights in Angola are the Kalandula Falls near the northern town of Calandula in Malanje province. The falls span a length of 400 metres and thunder down 105 metres; they’re one of the largest waterfalls on the entire continent of Africa.

Iona National Park is the oldest and biggest in the country and is in south-westerly Namibe province. It’s an ideal place to go on safari and see all of the spectacular landscape and wildlife, including gazelle, ostrich, zebra and rare sightings of cheetah.

For some history on your Angola holidays, visit the National Museum of Slavery in Morro da Cruz, Luanda. It documents the long years of slavery in Angola, which thrived during the Portuguese colonial era, and has a large amount of related items on display.

The Museum of the Armed Forces in Luanda is certainly worth a visit. Military vehicles and aircraft from several conflicts, including Angola’s independence struggle, the South African Border War and, most recently, the country’s civil war that ended in 2002, are on show. Relics of the colonial era, such as statues of Portuguese figures that were removed following independence, are also on display. The museum and its collections are housed in the historic and imposing Fortress of Sao Miguel, constructed way back in 1576 and once the headquarters of the colonial rulers.

As Angola has prospered in recent times due to its vast reserves of natural resources, increasing numbers of glitzy nightspots have sprung up to cater to the growing expatriate and tourist crowds. There’s everything from cosy lounges to hip nightclubs where you can party the night away in style.

Best time to travel to Angola

When is the best time to travel to Angola ? Like the rest of tropical Africa, Angola experiences distinct, alternating rainy and dry seasons.

The coastal strip is tempered by the cool Benguela Current, resulting in a climate similar to coastal Peru or Baja California. It is semiarid in the South and along the coast to Luanda. There is a short rainy season lasting from February to April. Summers are hot and dry,the country do not have winter. The northern part has a cool, dry season (May to October) and a hot, rainy season (November to April). In the interior, above 3,300 ft (1,006 m), the temperature and rainfall decrease. The interior highlands have a mild climate with a rainy season from November through April followed by a cool dry season from May to October.

The heaviest rainfall occurs in April, and is accompanied by violent storms. The far north and Cabinda enjoy rain throughout much of the year.

The south-western African country of Angola is regaining popularity as a global tourism destination, and is renowned for the diversity of its wonderfully unspoiled natural landscape. The country’s coastline faces the southern Atlantic Ocean, with the capital, Luanda, situated on the north coast. Angola’s territory includes the enclave of Cabinda province further north and separated from the country by a sliver of the Democratic Republic of Congo. Angola was once a Portuguese colony, and Portuguese survives as the national language; the currency is the Kwanza, introduced at independence in 1975. Angola holidays take in everything from beach to bush, and eco-tours are fast becoming popular.

Most visitors arriving into Angola do so via Quatro de Fevereiro Airport, the country’s main point of entry. As it’s less than 2km outside the capital, Luanda is a great place to stay, and besides a wealth of sights and attractions in the city there are also some good beach areas and accommodation nearby. For your Angola holidays, you can also consider Benguela further down the coast. It’s the location of Baia Azul, a bay so named due to the beautiful blue waters lapping what’s considered to be one of the best beaches in the country. Elsewhere, the city of Kuito is in the centre of Angola and lies along the eastern edge of the stunning Bie Plateau.

Angola is bordered by Namibia in the south, Zambia in the east and the Republic of Congo, as well as the Democratic Republic of the Congo in the north.

The regions of Angola

Central Angola
A series of irregular, high escarpments which drop steeply to the nation’s best beaches on the Atlantic coast

Cabinda
Northern exclave on the Atlantic ocean with a huge proportion of the nation’s oil reserves, beautiful rainforests, and an active secessionist movement

Angola was a Portuguese overseas territory from the 16th century to 1975. The Portuguese were nearly all exiled convicts who became slave traders and later participants in the “forced labour” trade. After independence, Angola was the scene of an intense civil war from 1975 to 2002. The country is the second-largest petroleum and diamond producer in sub-Saharan Africa, however, these riches are in the hands of the “big people”: Angola’s politicians, miners, oilmen and the associated multinational corporations. Angola’s life expectancy and infant mortality rates are both among the worst ranked in the world. In August 2006, a peace treaty was signed with a faction of the FLEC, a separatist guerrilla group from the Cabinda exclave in the North, which is still active. About 65% of Angola’s oil comes from that region.

Parts of the above mentioned information is available under the Creative Commons Attribution-ShareAlike License; See more information and contributors list here