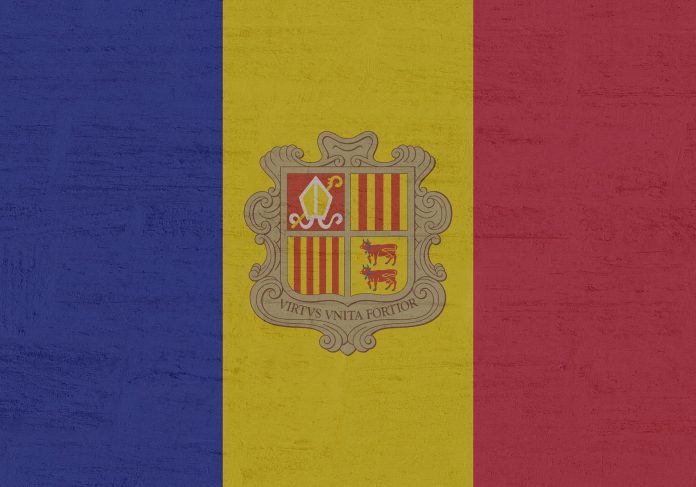 Andorra is one of those countries that many people around the world don’t even realize exists. Located along the primary border of France and Spain, this small nation has a large treasure of experiences just waiting for visitors to enjoy.

Andorra is among the smallest states in Europe, comprising just 468 square kilometres, but it has a large tourism industry. Nestled between France and Spain, Andorra is in the Pyrenees mountains and its capital, Andorra la Vella, is the highest in Europe, at 1,023 metres above sea level. Catalan, the tongue of Catalonia in Spain’s northeast, is the official language of this principality, whose currency is the Euro, even though Andorra is not a member of the European Union but has a special relationship with the multi-member block

Long isolated and impoverished, mountainous Andorra has achieved considerable prosperity since World War II through its tourist industry. Many immigrants (legal and illegal) are attracted to the thriving economy with its lack of income taxes.

Make sure you pack your skis and a good pair of boots before you head out on your holidays to Andorra, especially if you wish to indulge in the adventurous ethos of the mountain landscapes. The ski scene here is as prosperous as any in Europe, boasting two huge alpine skiing areas known as Vallnord and Grandvalira, and your pass will cover most of the half a dozen or so resorts. When the snow disappears, hiking is the main source of adventure for you to embrace, and you’ll discover some great treks starting from the town of Arinsal. Many of the trails lead you up several of Andorra’s mountains, offering stunning views of Spain and France while exposing you to some vibrant wildlife.

It has the largest skiable area in the Pyrenees. Administratively Andorra is divided up into seven parishes: Canillo, Encamp, Ordino, La Massana, Andorra la Vella, Sant Julià de Lòria and Escaldes-Engordany. The Principality of Andorra can be accessed by road from France through Pas de la Casa and the Envalira Pass and from Spain via Sant Julià de Lòria.The nearest main cities are Barcelona (185 km) and Lleida (151 km) on the Spanish side and Toulouse (187 km) and Perpignan (169 km) on the French side.

If you need a day to put your feet up and take a break from the mountains, you’ll find a great deal of reward in paying a visit to the capital of Andorra, Andorra la Vella. The old area of the town is beautiful, filled with pretty churches, a peaceful town square and numerous inviting restaurants. Just keep in mind that Andorra doesn’t have an airport, so you’ll have to plan your stay here by entering Spain or France first.

Many people head to Andorra la Vella, in the southwest of the country when visiting Andorra, particularly for its excellent skiing. It should be noted that there are no airports in Andorra, only three heliports, and the nearest international airport to the country is La Seu d’Urgell in Catalonia, Spain, around 12km over the southern Andorran border. Other airports in the region – particularly in southern France and Barcelona, Spain – are several hundred kilometres away. More great places to stay on your Andorra holidays are Sant Julia de Loria in the southwest; El Serrat in the far north, a popular skiing destination; and the central and mountainous Encamp, great for hiking as well as skiing.

The mountains of Andorra are what draws the most attention to this small nation. Located in the Pyrenees, there are several resorts within just a few minutes of the capital city to enjoy. Slopes that cater to every skill level are available. Many hotels will even provide transportation out to your preferred resort.

The same slopes that offer skiing adventures in the winter also provide stunning vistas in the summer for hiking. There are hundreds of kilometers of trails to enjoy throughout Andorra that will lead you to some of the most spectacular views you’ve ever seen.

Tourism is the primary industry of Andorra, so visitors can expect every resort to offer them a luxurious experience beyond compare. You can choose to have every need met by supportive staff to let the world pass you by for awhile or you can plan an outdoor adventure that never brings you inside of a hotel. It’s all up to you: with 3 cultures all mingling together cohesively, you will always have the chance to try something new. Andorra might have fewer citizens than the average European metropolitan center, but that only means the hospitality you can expect will be world-class.

Travel and vacation in Andorra

City City Guide
#Canillo Visit Canillo Canillo is a small mountain town which is pleasant, both in winter and summer. Ideal for family vacations, with all the comforts, both...

City City Guide
#Encamp Visit Encamp Encamp is a beautiful town located in the centre of Andorra and lately is has become more and more popular for skiing and...

City City Guide
#La Massana Visit La Massana   Travel to La Massana, Andorra Read about and get inspiration for a trip to the city, check for the cheapest flights and...

City City Guide
#Ordino Visit Ordino   Travel to Ordino, Andorra Read about and get inspiration for a trip to the city, check for the cheapest flights and hotels in Ordino...
Load more

Good to know Travel restrictions
#Coronavirus Andorra Coronavirus status - Andorra How is the coronavirus situation in Andorra ? See the statistics for the country in confirmed and present active Covid-19...

If you’re planning on skiing in Andorra, you’ll be in the right place. There are more than 300km of slopes in the tiny principality, and many world-class ski resorts. If you don’t know how to ski, or snowboard, you can learn at the resorts’ schools. Off-piste, and the après ski is the perfect way to wind down.

There are many great places to go trekking in Andorra. Among the most scenic is along the shores of Lake Engolasters in Encamp in the centre of the country. There are 2km of shoreline along the lake, which is 1,616 metres above sea level. The area is so popular with tourists that there are dozens of hotels in the vicinity to cater to them.

Andorra holidays have also become popular in recent years for their health and wellbeing aspects, and there are a number of top-class wellness centres and spas, including spa hotels, where you can de-stress and become whole again. You’ll find them in the capital and in the mountainous regions, for that extra feeling of serenity.

A fascinating trip is to the Madriu and Water Interpretation Centre in Escaldes-Engordany in the south-central part of the country. At this interactive centre, you’ll learn all about the thermal waters in the region, and you can such fun things as ‘walking’ on a river and surrounding yourself in water vapour.

At the Romanesque Andorra Interpretation Centre in Pal, a village in the central-west of Andorra, discover the country’s Romanesque heritage, culture and art. On display are various objects from important churches, and there are audio-visual facilities to guide visitors.

Dine out at some of Andorra’s excellent restaurants, and try some local specialities, such as escudella. Considered the national dish and borrowed from Catalonia, which heavily influences Andorran cuisine, escudella is a hearty meat stew with noodles and chickpeas.

Andorra from the history books

The first appearance of the name of Andorra is found in the grant of 843 A.D. made by Charles the Bald to his faithful count Sunifred of Urgell of the valley of Andorra situated in the county of Urgell. Beginning in the 10th and 11th centuries, the dominion of the bishops of Urgell gradually extended over the valleys of Andorra and from the 12th century onwards these became an episcopal lordship.

A period of conflict and hostility between the bishops of Urgell and the counts of Foix over the sovereignty of Andorra began in the 13th century and was brought to an end by the signature of two successive agreements called Pariatges.

The Pariatges are among the basic documents in the history of Andorra because they established the undivided co-lordship between the bishop of Urgell and the count of Foix. They also fixed the taxes such as the quèstia to be paid by the Andorrans, organized the administration of justice by the batlles and appointed veguers and notaries. These institutions survive in reformed form in the Principality.

The people of Andorra passed the first Andorran Constitution by a wide majority on 14 March 1993. This fixes the country as a parliamentary co-principality, an independent, democratic and social constitutional state.